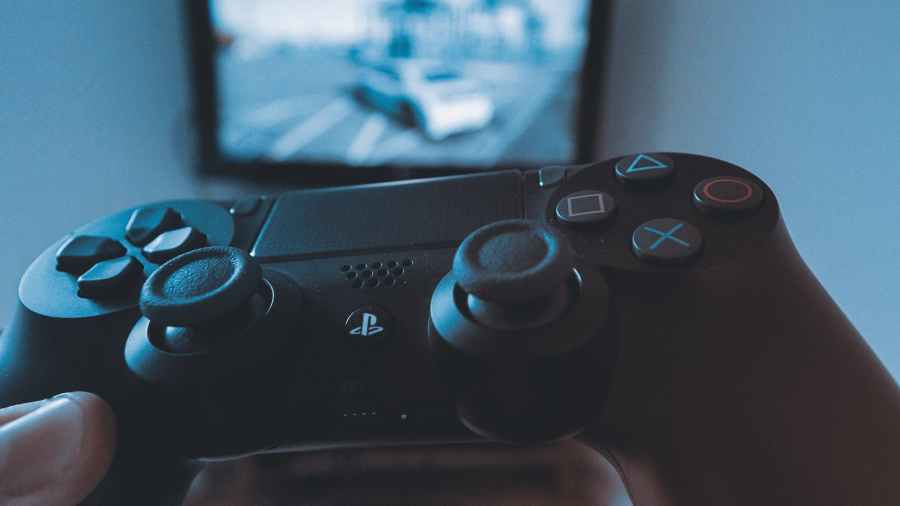 Last month, I mentioned how I hoped to get quite a bit of gaming down. Well, now’s the time to see how well I have done!

Let’s start off with the game I’ve spent the most time playing this month, The Elder Scrolls V: Skyrim. According to Steam, I have spent 95 hours playing the game and to be fair, I’ve made quite a bit of progress! Since the last post, I’ve finished the main quest, completed all four factions quests and collected all the Daedric artefacts. I’m now working on the Dawnguard DLC. and I’ll hopefully finish it and the Dragonborn DLC by the end of March, by then, I will probably be all Skyrim‘ed out!

The next game is one I actually finished in February! Although, to be fair, Touch my Katamari is an incredibly short game, as I managed to finish it in fours hours. For anyone new to the Katamari series, you play the Princeof the Cosmos who is tasked by the king to make the biggest katamaris (balls of stuff) possible. Bascially, the game is rolling a ball around and picking up random things like food, animals and people. Its actually very therapeutic and very weird. I enjoyed Touch my Katamari but I wouldn’t recommend it to newcomers to the series as it is very short.

The final game I played this month is Octopath Traveler on my Nintendo Switch. I’ve now finished the stories of Therion the thief and Tressa the merchant, leaving just six more characters to complete. Since I don’t need to do any more frinding, I reckon I can finish the remaining stories by the end of March.

And that was all the games I played in February! There weren’t that many games that I played but I wanted to focus more on the games I started, to help clear some of my backlog. Looking to March, I want to finish off Skyrim and Octopath Traveler; I also want to try and finish Sonic the Hedgehog, as it is the game that has been sitting in my gaming library the longest, without being finished.

Now, I’m passing it over to you guys, what have you been playing last month? Let me know in the comments below and I’ll talk to you soon!

One thought on “Gaming in February.”