Dog has been man’s best friend for thousands of years, so it would make sense that in some video games, our companions can be canine. As dog lover, I wanted to make a list about them! The only rules I had about this list are: the dogs had to be in a video game and they had to, in some way, support the player. So without further ado, let’s jump in!

5. Growlithe, from the Pokemon series. 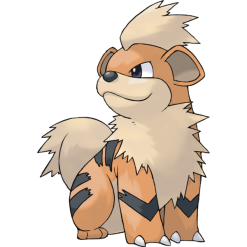 Kicking off the list, we have the fire canine Pokemon, Growlithe. This was a Pokemon you could acquire midgame in Pokeomon Red or at the Pokemon Mansion in Pokemon Yellow. If you had Pokemon Blue, then you needed to trade with someone. At time of the first generation, there were only 12 fire type Pokemon, which makes Growlithe pretty special.

Dinki-Di starts out in Mad Max belonging to Max’s enemy, Scabrous Scrotus, although it doesn’t take him long to find a more worthy master. Dinki-Di turns out to be quite a useful companion, as he can sniff out landmines, an essential skill to restoring order to the The Wasteland… well as mush order that you can restore. However as he only accompanies Max to minefields, that puts Dink-Di at number four on this list.

Unlike Growlithe and more like Dinki-Di, Dog from Fable 2  isn’t much of a fighter, in fact he will only attack enemies you’ve knocked down. Still, he proves his usefulness by locating treasure chests and buried items. The real reason that Dog is your companion is more of an emotional one, which tied heavily to the story (don’t worry no spoilers here) and despite Fable 2’s flaws, your relationship with Dog gets me every time. 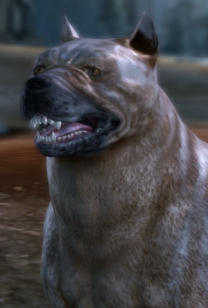 Dogs are renowned for being loyal and Dog from Dragon Age: Origins is no exception. In fact, he is one of the companions that once he has joined your party, he won’t leave, no matter what you do. Dog counts as a full party member, with equipment, gifts and a unique skill tree available. When you are at the party camp, you can engage in ‘dialogue’ with him and when you are out adventuring, you can ask him to find items for you. Admittedly, I don’t use late game in my party, but if you’ve somehow managed to drive everyone else away, at least you have Dog, your faithfully companion.

And finally number one on this list is Dogmeat from Fallout 4. OK, I used to have a German Shepherd, so I am a little biased, but I wouldn’t say no to travelling the Commonwealth with Dogmeat. Like the Mabari Hound, Dogmeat is a loyal companion who won’t leave you, regardless what you do in the game. He also helps you in combat, finds items and the Lone Wanderer perk will continue to be active, even if you have Dogmeat as a companion. Seriously, look at that face, how could you not let him join you in your adventures?

And there are my top five dog companions in video games. I’m sure I must have missed a few, so let me know in the comments who your favourite is!