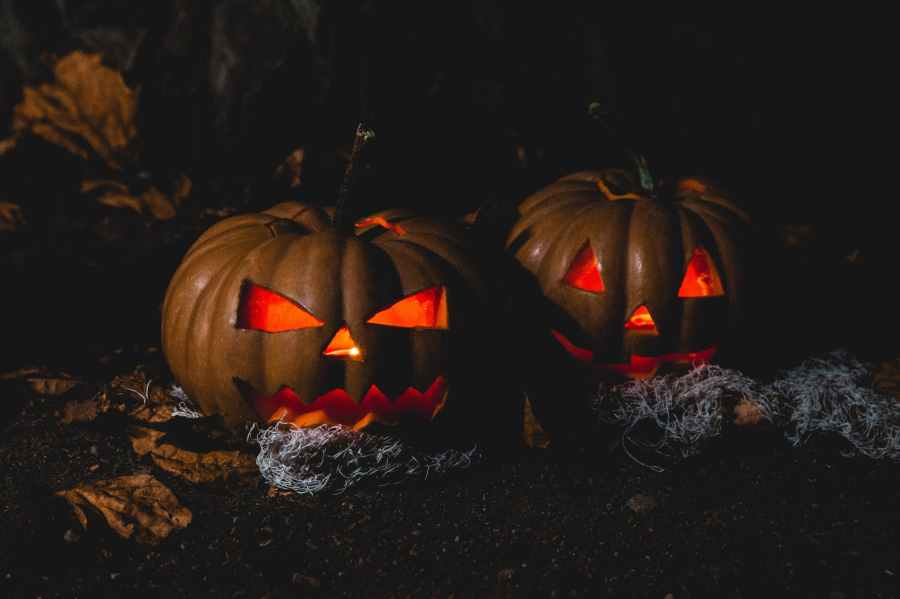 It would appear that Steam was also getting into the Hallowe’en spirit, by holding a spooky Hallowe’en themed sale. What better topic, for my last post of October, is there, than to share my recommendations from this sale?

My first recommendation is Red Hook Studios’ turn based RPG, Darkest Dungeon. In the game, you recruit a band of heroes to explore the area around the estate you have just inherited. Unfortunately for you, all the heroes you can recruit are deeply flawed and will continue to develop flaws as their stress increases during their adventures. As you play, you will have to balance your need to explore with the need to give your heroes respite. Darkest Dungeon is not an easy dungeon crawler; in fact, it is quite punishing, which makes it all the more rewarding when your heroes do usrvive their expeditions. If you are looking for a dark, gritty dungeon crawler that gives off a gothic horror/Cthulhu vibe, then you might want to check out Darkest Dungeon.

Speaking of Cthulhu, it would be wrong of me to not talk about a Cthulhu game taht is featured in a Hallowe’en sale! Call of Cthulhu is Cyanide Studio’s attempt at delving into the world of Cthulhu and I have to say they have done a pretty good job. Its 1924 and you are private investigator Pierce, who is tasked with investigating the deaths of the Hawkins family on Darkwater island. True to any part of the Cthulhu mythos, Pierce will discover that not all is as it seems on the island and his investigations will take him into world of the supernatural and insanity.

Let’s go back further in time, with my next recommendation, Vampyr. Set in 1918, in Vampyr, you are Dr. Jonathan Reid, a recently turned vampire. As you try to survive in London, you are faced with a moral choice: can you feed on those you once promised to heal? Vampyr is a game that lets you choose to either become a powerful monster or struggle to keep your humanity. I found the game to be unique within the RPG genre and I would say its definitely worth a look, especially if you love vampires.

The next game I’m recommending is definitely one that Stardew Valley fans should check out. In Graveyard Keeper, you find yourself waking up in a medieval land, in which you have been given the job of graveyard keeper. As you try and find a way back to the present day, you will be restoring the graveyard to its former glory, as well as helping out a host of quirky characters. Don’t worry, you have a helpful advisor, in the form of a talking skull! In case you couldn’t tell, Graveyard Keeper doesn’t take itself too seriously, which makes it the perfect game for you to pick up if you were looking for a game that wasn’t too strongly horror themed.

The final game I’m going to recommend from the sale is Grim Dawn. This action RPG is a must play for any Diablo fan. In Grim Dawn, humanity is on the brink of extinction. As the monsters and other supernatural entities close in, its up to your hero to take a stand and fight back. If you are someone who loves a game with extensive character customization, then Grim Dawn is the game for you. It has an interesting skill system, that will alow you to experiment with many different class builds. Grim Dawn‘s replayability combined with its sale disount, makes this game great value for money.

There were my recommendations from the Steam Halloween Sale! If any of these games pique you rinterest, you have until 5pm GMT on Monday 2nd November to buy them at the discounted price. What games, from the sale, would you recommend people buy? Let me know in the comments below and I hope you have a spooky, fun filled Hallowe’en!

2 thoughts on “The Steam Halloween Sale: My Recommendations.”