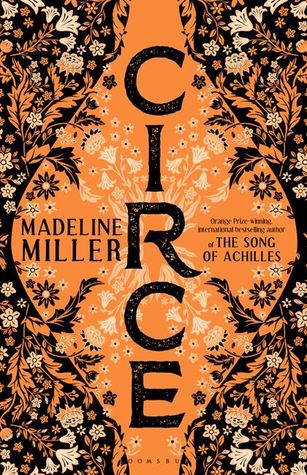 Its been a couple of months since I last recommended a book on this blog for people to read, so I thought today, I would recommend a book written by Madeline Miller that tells the story of a Greek sorceress.

Circe is a retelling of the story of Circe, who some people may remember as that sorceress who turned some of Odysseus’ men into pigs. And I guess for some people that is where their knowledge of Circe ends. Madeline Miller’s novel expands on Circe’s story: talking about her birth, exile and interaction with both Greek deities and legendary heroes. Its an epic that focuses on some of the lesser known characters in Greek mythology.

Now, a quick word of warning: this is an adult book and there dark elements to the story. I mean, this is a book inspired by Greek mythology after all. In short, don’t go in thinking this is like Disney’s Hercules. In fact, I would say Circe has a similar tone to Gregory Maguire’s Wicked, the novel that told the story of the Wicked Witch of the West. Both these novels have some similarities: both have female characters who have previously been perceived as antagonist characters but turn out to be not quite as evil as we first thought. That being said, neither Maguire nor Miller make excuses for their characters’ mote morally grey actions.

Overall, Circe is a novel that fleshes out the character of Circe and attempts to humanise her by expanding her story past that one famous epic everyone vaguely knows. So, if you are looking for a novel inspired by mythology or a novel that takes a closer look at character that has been somewhat forgotten. then I recommend you give Circe a go.