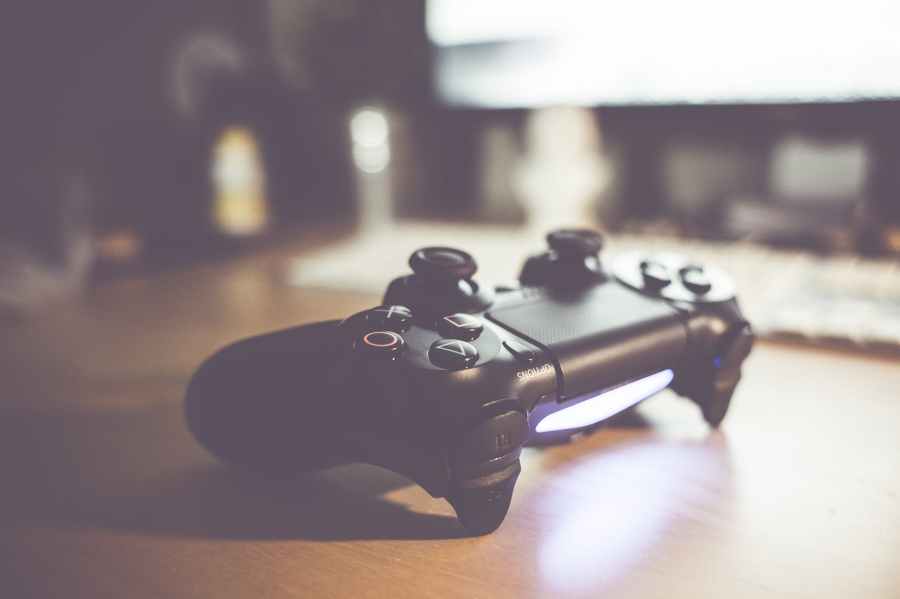 OK, so I’m a little late as we are well into April, but I thought I’d still share with you what video games I have been playing last month. Let’s take a look!

Let’s start off with the MMORPGs. First, I’ve been (finally) making some serious progress in Final Fantasy XIV: A Realm Reborn. In fact, I’ve (finally) finished the base game content and I’m now working through the content between the base game and Heavensward. Yes, I have quite a way to go, but at least my White Mage is looking more like a White Mage! I do have to give some heartfelt thanks to my fellow Company members who have patiently assisted me through dungeons/primals/raids. You guys are amazing!

The other MMORPG I play, The Elder Scrolls Online, I have to admit I haven’t been giving as much as usually do; but I put that down to focusing more time on FFXIV. Still, with the five week long anniversary event, I suspect I will be visiting Tamriel often in April.

The next game I should talk about is a free-to-play game, as long as you have a copy of either Skyrim or Skyrim Legendary Edition, on Steam. Its called Enderal: Forgotten Stories and it takes the assets and mechanics of Skyrim and uses to create a completely different world and story. So far, I’m loving the detail in the game and attention that has been given by the creators, you can definitely tell that this is a passion project. I’ll admit, I haven’t gotten very far, but that is down to the fact I keeping getting distracted and just wandering off to explore the beautiful world that has been created.

The next game is Domina, which if you follow the Upon Completion blog will know that this was the game Khinjarsi challenge me to play, for our Backlog Challenge. The Backlog Challenge is Khinjarsi’s and I’s attempt to try and reduce our Steam library backlog and give some of our games some love. Every three months, we pick out three games for the other play and each month we have to play through one of the chosen games. I won’t go into too much detail about Domina as you can read all about it in my post on Upon Completion.  Overall, I enjoyed Domina, even if I was a terrible gladiator trainer…

The final game that I played in March was Assassin’s Creed: Rogue. Admittedly most of my time playing it, I have been collecting all the collectables, just so I can get all the different armour sets.

Yes, I absolutely had Shay running around as a 12th Century Templar. I also managed to fully upgrade the Morrigan, which was little repetitive, as I had to loot so many ships to get the metal needed. Still, it was fun to replay Rogue, which I feel is one of the Assassin’s Creed games that tend to get overshadowed, especially by the fallout of Unity‘s launch. Speaking of Unity, you can expect to see that being mentioned in April’s post…

And that was my gaming in March! Admittedly, I didn’t do as much gaming as I would have liked but I definitely had fun with the games that I played. What games have you been playing? Let me know in the comments and I’ll talk to you soon!

3 thoughts on “Gaming in March.”