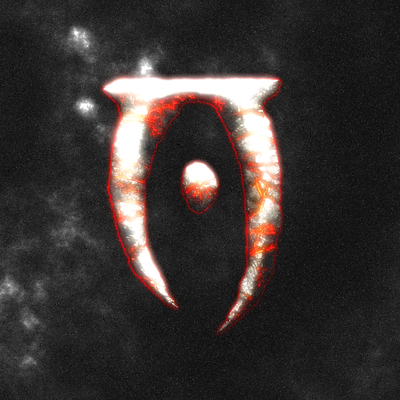 Today, I’m listing my five favourite Daedric Princes from The Elder Scrolls series. These guys aren’t necessarily evil but they also aren’t the good guys either. You can bet when they show up chaos ensues!

The rules for this list are pretty simple: to be on this list, the individual must be classed as a Daedric Prine in the Elder Scrolls series, so no Sithis this time, I’m afraid. With that cleared up, let’s move onto my list!

Mephala is the Daedric Prince associated with manipulation and creating complicated plans that usually involve manipulating mortals. In fact, Mephala has history with using the various heroes of Nirn to manipulate events in Mephala’s favour. Let’s just say, she puts the House of Westeros to shame with her plots and schemes.

Moving on from the Webspinner, we have the Prince of Debauchery, Sanguine. This Daedric Prince prefers to tempts mortals with the various things like gluttony, greed, lust and wine, lots and lots of wine. In Oblivion and Skyrim, your hero has a chance of coming across Sanguine and while the other princes prefer your skill in combat, Sanguine wants you to party. In some ways, Sanguine reminds me of the Greek god, Dionysus, albeit with darker intentions.Who wouldn’t want to hang out with a guy like that?

Onto one of the more primal Prices, Hirce the Huntsman.  All Hricine really seems interested in, is hunting worthy prey; which is contrast to the Princes who enjoy scheming and meddling in the affairs of mortals. Hirce is probably the closest you are going to get to an honourable Daedric Prince, if you are successful in the hunt, or as prey you become the hunter will acknowledge your success and reward you. The thing I really like about Hircine is that his appearance reminds me of the Celtic god, Cernunnos, another god associated with animals and hunting.

At the number two spot, we have Nocturnal, the night mistress. Her very being is one of mystery and darkness, which is probably why is she worshipped by thieves. Due to her mysterious nature, not a lot is really known about Nocturnal, including her schemes and motivations. So what gets her to the number two spot? Her artefacts, which are arguably the most powerful out of all the Daedric artefacts. The first is the Cowl of Nocturnal, which when worn hides the wearer’s identity meaning you could commit crimes and would not be identified as the perpetrator of the crime. The second artefact is the Skeleton Key, which is a key that can unlock any barrier, physical or metaphysical. With such powerful artefacts, I believe that Nocturnal is far more powerful than she lets on, but I guess that will remain a mystery for a little while longer…

I bet this did not come as a surprise! As the Prince of Madness, Sheogorath’s one goal is to… well, spread madness and insanity- which he does quite well. But it isn’t just mortals, he has manipulated, in the past he has also manipulated the other Deadric Prince defeating Hircine and Vaermina and getting Malacath to kill his own son. He may be mad but Sheogorath isn’t stupid. In fact, you could say in Oblivion: The Shivering Isles, there is something about Sheogorath that makes all the other Deadric Princes afraid of him…

Either way how can a Prince obssessed with cheese and referred to as Skooma Cat by the Khajiit, not make the number one spot on this list!

And that was my list of my favourite Daedric Princes! Let me know in the comments, which are your favourites and I’ll talk to you soon!