Some of you may recall that at the beginning of the year, I was getting excited for a historical RPG called Kingdom Come: Deliverance. Well, last week it was released and I may have played more it than Assassin’s Creed: Brotherhood. Oops. Fortunately, I have a week off work this week, so I’m such I’ll be able to catch up on my Assassin’s Creed challenge and I definitely won’t get distracted with medieval Bohemia…

What have I been reading? 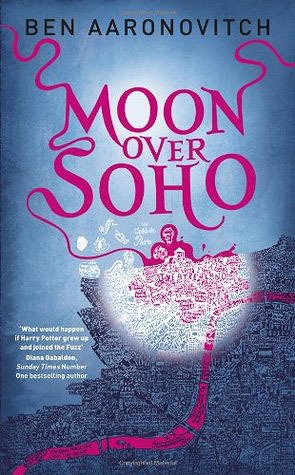 I only managed to finish one book this week, Moon Over Soho by Ben Aaronovitch. This book was improved the first, mainly because there was more focus on the plot, rather than have to explain everything in the world. It also felt like the series overarching story arc is now being slowly introduce, which loves like it could be an interesting mystery.

I am currently reading the second book in The Lunar Chronicles, Scarlet. Yes, I couldn’t resist long coming back to this series. As some of you may have guessed, part of the plot in this book is inspired by Little Red Riding Hood. I’m intrigued as to howthis series will tie the characters and story together, as it seems like, so far, everything is connected. Like Moon Over Soho, Scarlet has managed to be better that Cinder and I suspect it won’t take me long to finish it.

What have I been playing?

As I mentioned at the beginning of this post, I haven’t played any Assassin’s Creed: Brotherhood. I know, I’m hanging my head in shame as I write this. Instead, I’ve being playing Kingdom Come: Deliverance.

I’ve played about just over 11 hours and I feel like I’ve barely scratched the surface of what this game has to offer. There has clearly been a lot of attention to historic detail, which may not appeal to some players, but the history geek inside of me is loving every minute of it. A word of warning to potential buyers, this is a very slow paced RPG and it probably isn’t one for first time RPG players, as it doesn’t hold your hand while you play it. Kingdom Come: Deliverance has so far been an amazing experience that has lived up to my expectations and I see this is as a game I will lose many hours to in the coming months.

What am I blogging about this week?

Since I have a little more free time, I will be posting a few more additional posts this week. I’ll also be working on a little project, that I’ll tell you guys about next week, I’m such a tease. Anyways, here are the posts for this week:

And that was my week! I’d love to know what you guys have been getting up to, so let me know in the comments and I’ll talk to you soon!

One thought on “Update: I Got Distracted.”

My Tweets
Join 576 other followers