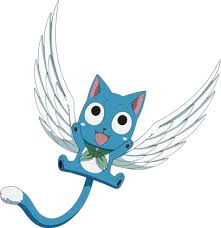 Last week, I was focusing on catching up on things after the whole Internet issue. Its kind of scary how much the Internet has become a part of my life and without it, a lot of the things I do can grind to a halt. This coming week, I should be fully past those technical issues, two weeks on from the trauma. So, yay for technological dependency!

What have I been reading?

I finished Cinder by Marissa Meyer, which may make The Lunar Chronicles series my next book series to binge read (yes, I already have Scarlet, the second book ordered). A lot of you can probably tell that I’ma sucker for retellings of fairy tales, particularly when it comes to Beauty and the Beast themed, so Cinder was already onto a winning formula with me; but when you combine the story of Cinderella with cyborgs, a plague and magical alien people, there is definitely a lot more to Cinder than just a glass slipper.

This was actually a good week for reading for me, as I’ve almost finished Rivers of London by Ben Aaronovitch. Admittedly, I have read it before, but that was years ago and its amazing how much I had actually forgotten about the book. If you’ve read any of the Dresden Files by Jim Butcher, then you will already have a good idea of the tone of the book. Rivers of London follows Constable Peter Grant, as he discovers that magic is real and that there is actually a special division of the Metropolitan Police that has to deal with it, which he ends up being assigned to. I love the dry humour and cynicism and the fact that I recognise some of the places in the book, is an added bonus.

It won’t take me long to finish Rivers of London, I have about 100 pages left, so I’ll be moving onto the third Asassin’s Creed novel, Assassin’s Creed: The Secret Crusade by Oliver Bowden.

What have I been playing?

I finally finished Assassin’s Creed 2‘s storyline! I also managed to complete every synchronisation point, every Assassin tomb and collected every codex page. I haven’t 100% completed the game but I am almost there, however because I am behind schedule, I’m going to press on with Assassin’s Creed: Brotherhood, which I started late Sunday. I had actually hoped to have started Brotherhood on 1st February but it shouldn’t affect my challenge too much. I hope. So before I leave Assassin’s Creed 2for a little while, here are a few screenshots for you.

What am I blogging about this week?

And that was my week! Apologies for last week’s lack of posting, stuff in real life popped up, but this week I am back on track. What have you guys been up to? Let me know in the comments and I’ll talk to you soon!

3 thoughts on “Update: Almost Back On Track!”