5. The Roman Empire, Rise of the Emperors.

With the success of Assassin’s Creed Origins, there is a very good chance that this maybe a strong contender for the setting of the next Assassin’s Creed game. Starting with Julius Caesar’s dictatorship and eventual assassination, the Roman Empire and its Emperors had a turbulent history. Fans of the Assassin’s Creed series have already visited Rome in the 16th century but I don’t think anyone would protest too much at visiting Rome at the height of its power.

Feudal Japan has been a favourite suggestion from Assassin’s Creed fans for a long time, since Assassin’s Creed 2. With samurai’s, the political and military conflict of the Shoguns, there are plenty of opportunities for Templar and Assassin conflict. Ubisoft  have improved their open world game mechanics in ancient Egypt,why not bring to a part of the world that has yet to feature in an Assassin’s Creed game? 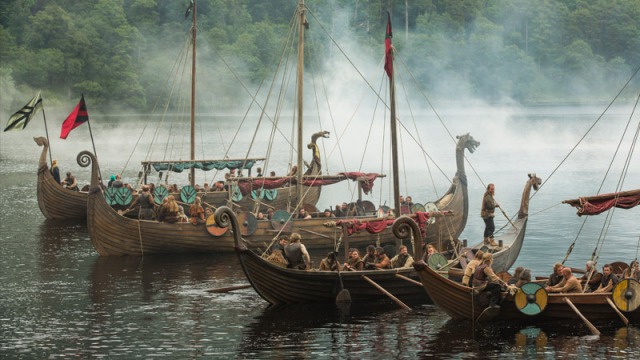 The Vikings is a pretty broad choice, both in terms of geography and times scale, but I feel it could offer a great setting for an Assassin’s Creed game. Firstly, recorded history about the Vikings is a little sparse, giving the developers an opportunity to flex their creative muscles. Also, the Vikings travelled far, from the Scandinavian countries, to England, to parts of Asia. This would be ideal for a large open world game, with different climates and areas to explore. Finally, the Vikings are renowned for their boats, so we can have sailing Black Flag style back!

2. The Fall of the Roman Empire.

Yes, back to the Roman Empire, but this time its destruction. With the sacking of Rome, various political coups, assassinations and n attempted invasion from Attila the Hun, this time period offers a lot of historical events that could help forma dramatic narrative for a game. It would be interesting to see the Assassins either trying to save the Empire from the inevitable or even be behind its destruction. Like with Rise of the Roman Empire, being able to see Rome’s fall, particularly for fans who have played Assasin’s Creed: Brotherhood, would be amazing.

Finally, my number one choice for a time period for a future Assassin’s Creed game, is the Wars of the Roses. This was a period of English history that partially inspired A Song of Ice And Fire/ Game of Thrones. This was a civil war between the House of York and the House of Lancaster, two families and their supporters fighting over who would rule England. To say that the outcome would affect the history of Europe is not an understatement. With battles, court intrigues, mysterious disappearances and suspicious deaths, its not hard to see how the Templars and Assassins could be involved. Having 15th century England as an open world setting and a conflict that would last generations, the Wars of Roses has great potential as a setting for an Assassin’s Creed game.

So there were my top five choices, but let’s be honest there are so many great moments in history, I know I have missed quite a few off this list. I would love to hear your ideas about a setting for a future Assassin’s Creed game, so let me know in the comments!